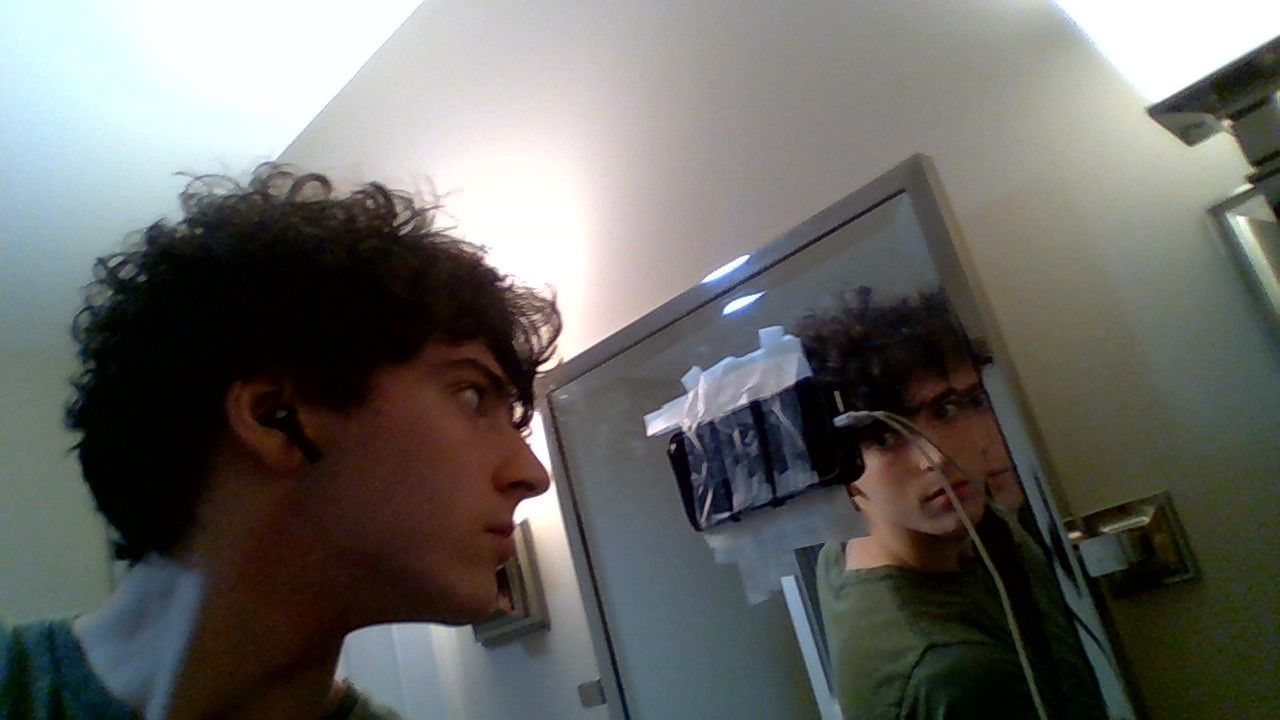 You’ve probably seen him strolling past the L-Wing, towering over students and staff, and wearing headphones 24/7. No one really knows what he is listening to all day, but legend has it that it has something to do with his top-secret role in the school newspaper.

Andrew Harper is the Managing Editor of The CHS Chronicle. Andrew has not only held a manager position for the past two years, but has also contributed greatly as a writer. Some of his most… intriguing articles include a vivid narrative of The Vortex and a light, comical piece on his Water Fountain Tier List. Perhaps the mystery of Andrew’s headphone pursuits can be answered with his pieces on 5 Lofi Podcasts to Relax/Study To or Libby: Reading in Quarantine Made Easy. We may never know, but if you find you are fan of his writing, a list of all his articles can be found here.

A senior, Andrew will be attending Rutgers University next year. Here is what he had to say about his experience as Editor-In-Chief:

Q: What were your major accomplishments/projects during your time in the club?

Probably my favorite was keeping up with the Chronicle during the start of the pandemic last spring. We started publishing articles weekly instead of monthly, and it was really amazing to see what we could do as a club when we weren’t allowed to see our friends for a year. We also ran an Art and Meme Competition and sent out silly emails to annoy the student body. Good times.

Q: What is your favorite thing about the Chronicle?

I love how this club is so efficient that we can produce articles on a monthly basis without the need for a single meeting. Everyone knows what their responsibilities are, and they all do a great job at getting them done without bothering me excessively. Much appreciated.

Q: What do you enjoy doing in your free time?

Q: What is your major? Why did you choose it?

Not really sure what I’m going to major in; I’ve been thinking about computer science and economics but I’m not going to rush into anything. I have plenty of time to make the wrong decision.

Andrew’s effort in running the club has not gone unnoticed. Mr. Hreha is a teacher at CHS and guides the Newspaper Club with various pursuits. He’s known Andrew as a member of the Chronicle staff throughout Andrew’s high school career.

Anyone who has attended a club meeting these past few years can agree that Andrew has brought “humor and energy to the club as he led meetings and organized editions.” An acquired taste, Andrew’s humor made several awkward first meetings, both at school and virtual, a little more bearable. Mr Hreha adds, “I feel that Andrew demonstrated leadership through example. Andrew clearly had a vision for the direction he wanted to take the club and followed through. Honestly, in the beginning of his leadership role, I was a bit nervous about some of his ideas. But after seeing his commitment to the club, I was quickly reassured of his abilities.”

The Newspaper Club has a very entrepreneurial feel—both writers and editors are encouraged to take action to expand the club’s reach. Mr. Hreha notes, “Andrew has provided a voice for the CHS Chronicle by implementing several new features of the publication. When Andrew arrived as Managing Editor, he implemented the edition release email message, the college essay writers workshop, a new website design and several school wide contests. Specifically, I remember Andrew’s persistence during the pandemic last spring. His efforts allowed the newspaper to be a connection to the school that was absent for many students. During this time, he created a Meme and Art competition for students to participate in and connect with one another. This characteristic of creative thinking paired with ambitious energy allowed Andrew’s ideas to come to life and shine a light in an otherwise bleak time for many.”

To anyone who enjoys writing in class time or at leisure, here are some of Andrew’s parting words of wisdom:

A: I prefer the word dump strategy where you write down anything and everything you think about for about a half an hour and pick something from that monstrosity to write about. Take solace in the fact that no matter what you write about, no matter how interesting the topic, nobody is going to care. Just write.

Q: Advice for someone considering to join the club?:

A: Yeah, just join the club on Schoology. I’ve had enough people tell me that they would join the newspaper if only for X that I’m starting to lose it after two years. You can join whenever and put in as much commitment as you want. I promise I won’t judge you.

The nature of the Newspaper club is very laid-back. With weeks between editions, writers can write as much or as little as they desire. Some writers enjoy writing long Op-Ed (opinion) pieces, while others enjoy interviewing. Some editors are a fan of reading-over articles, while others focus on designing the website.

Not sure if this club is for you? There are numerous other ways to get involved:

We have interviewed dozens of staff, clubs, and teams. Simply being an active student on campus may land you an interview! Want to be interviewed? Reach out to us.
We always prefer real photos as opposed to stock imagery for our articles. We’ve partnered with the Photography Club in the past, and are always looking for dedicated photographers. Good with a camera? Reach out to us.
Need someone to write a piece about your club to help spread the word and reach a larger audience? Reach out to us.
Looking for a platform to host and run a random idea such as a contest? Reach out to us.
Just feel like talking to someone? While our conversation skills may be subpar to our writing, you guessed it. Reach out to us.

Mr Hreha envisions the future of the Newspaper club: “ I’d like to see the newspaper continue the great work that has been accomplished thus far. I feel the website has a lot of potential to grow as the club engages the student body and school staff. I’d like to see a partnership with the CHS Pulse where we can feature video content and see more written pieces that deal with current issues related to CHS student life.” Andrew hopes for a paper edition in the near future.

As we close out the school year, our pencils lay idle, room L-14 is locked up, and the CHS Chronicle website prepares for a 3 month hibernation. The Staff hopes (demands) to see you all at our opening meeting next year.

Best of luck to Andrew and all our Senior Writers on their future endeavors!