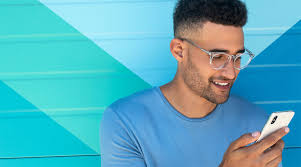 Whether you wear prescribed corrective lenses on a regular basis or not, you’ve probably heard of blue light glasses by now. If you haven’t, here’s a quick summary: blue light, also called blue-screen, glasses are eyeglasses with lenses that limit exposure to blue light; they sometimes also protect against UV light, often offering anti-glare protection as well. Seemingly the perfect solution to screen time concerns for parents and students virtual education, blue light glasses allegedly reduce eye strain, lessen headaches, improve sleep habits, and help alleviate the burden of our new screen-filled reality—keyword ‘allegedly.’ A quick Google search on the subject yields a plethora of websites all claiming various conclusions to their effectiveness. Here’s a quick breakdown of what you need to know when debating whether or not they’re worth the purchase.

As noted on WebMD, the main struggle with blue light glasses is that it’s a newer product, so there isn’t extensive research available to support any claim of its efficacy. Since it’s also not marketed as a medical device, the glasses are not regulated by the FDA; it really does depend on the source you choose to read.

The American Academy of Ophthalmology (AAO) has reported that blue light glasses are not necessary, going as far as to recommend users against purchasing any form of special eyewear for screen use. The association also says that blue light from digital devices is not a cause of eye disease or strain, which would render blue light glasses ineffective to the proclaimed benefits of their manufacturers. The Association of Optometrists in the UK somewhat agrees, saying that there truly is a lack of evidence supporting claims of the glasses to lessen eye fatigue or improve sleep habits. An ophthalmologist at the Cleveland Clinic notes that the discomfort commonly experienced from extensive screen use is usually from not digital screens themselves, but how we use them. Computer vision syndrome (CVS), also referred to as digital eye strain, encompasses a large range of eye discomfort issues, and is commonly caused by staring at a screen for too long at once. Doing so dries and irritates the cornea. A good solution is to take frequent breaks from the computer rather than purchase special glasses.

But if blue light glasses are supposedly so ineffective according to the more well-known medical organizations and professionals, why are there thousands upon thousands of five-star reviews posted on Amazon under each listing?

One possibility is that it really is just different for everyone. Many local opticians claim that their patients benefit from the use of blue light glasses, with others purchasing them over the counter and attesting to their effectiveness online.

Another possible explanation could be the placebo effect. To those unfamiliar, a placebo is an ineffective treatment that results in more of a psychological effect rather than a physical one. By such a construct, an ineffective treatment is administered to a patient who appears to experience a physical change in their condition when there really isn’t one to be felt. This notion can be applied to blue light glasses. With the numerous claims declaring the benefits of the glasses, wearers may feel a psychological difference that they then attribute to the glasses themselves.

Either way, there are always those who swear by blue light glasses and those who simply don’t. Do what you will with this information. In our new reality of attending school virtually at least every other day, you must do what’s best for you. I like to keep my pair on, even if only to have some sort of half-assurance that I’m not entirely wasting my eyes away on the screens I use daily. But ultimately, of course, it’s your choice.