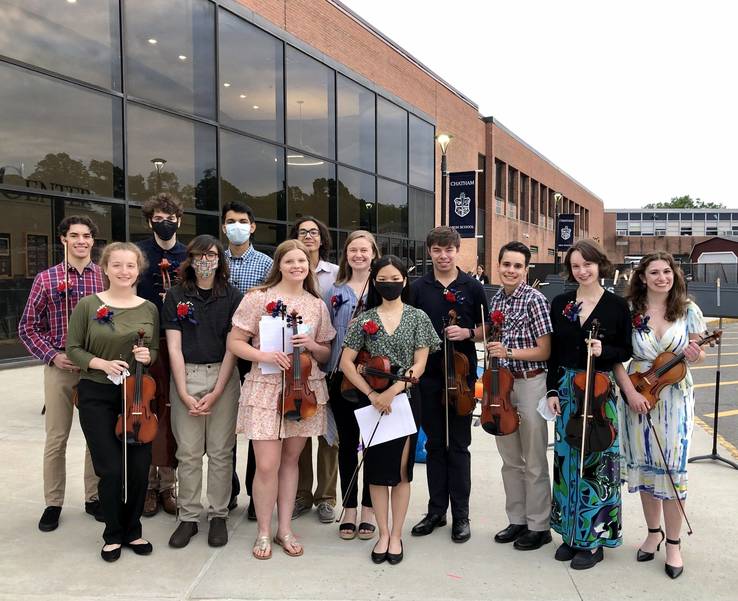 A letter to all of those currently waiting on responses from colleges:

Hello! I used to run this newspaper and now, like a vengeful spirit, I have returned with an important message. That message is simple: please relax about the college process.

Of course I understand the temptation. College seems like some magical destination that comes as a reward from all of your hard work in high school. I understand the desire to place your self-worth into a process that feels as random and cruel as playing slots. My goal in writing this is not to mock you for taking to heart what most everyone in your life has told you for years; I just want to give a different perspective.

A bit about me: I did solidly well academically throughout high school (4.3ish GPA and a good couple of extracurriculars). I’m saying this not to brag, but just to give you my honest perspective on this topic. I applied to about 7 or so schools and ended up settling on Rutgers. Not because I had to, but because I truly felt like it was the best option for me. There were certain factors that the other schools that I applied to just couldn’t beat. Aside from the cost, which would probably come to most people’s minds, things like travel time and size ultimately won out over other factors and led to me choosing to spend my four years in New Brunswick.

I say this not to convince you to go to Rutgers, but to ask you to reevaluate what you find important in the college search process. At the end of the day, everywhere you’re looking at holds classes, dorms you, and feeds you. Once you get past that, everything you’re evaluating is a lot more up in the air. After browsing Reddit threads and other forums on a variety of colleges, it seems like all students have certain professors that they hate, other students they loathe, and a general distrust of the school administration (no, that doesn’t change after high school). If you’ve been on enough college tours, you’ve probably realized how many of them sound the exact same (I’ll die happy if I never have to hear the definition of liberal arts again). It was probably very difficult for many of you to write the obligatory “Why Us” essay because, well, why them?

I could rail on the systemic failures of the college admission process that negatively damage students for ages. So I will, at least for a paragraph, anyway. Juniors are thrown into the process of studying for a standardized test that will only serve to annoy and stress them (I’ll save you an insane amount of money and let you know that to do well on the ACT, just practice being a speed demon and you’ll be fine). There’s a tremendously stupid pressure to join extracurricular activities that are actually enjoyable, just not when you feel like it’s being forced upon you (join the Chronicle). Even at a school like mine with about 35,000 undergraduates, club positions aren’t that hard to come by because the only people signing up for them are people who really want to be there. If you take only one thing from this article (let’s be honest, the chances are low), know that a high GPA isn’t worth your mental health. Not just because it doesn’t even guarantee you a spot at your dream school, but because there’s no point in attending your dream school if you can’t even enjoy it.

What makes the whole process worse is that there’s the largely unspoken-about factor of status that factors into many’s decision-making. Rankings from sites like U.S. News and Niche turn the college decision process into one of validating your intelligence rather than going somewhere that fits you based on the campus size and location. The fact of the matter is that, no matter where you go, you will meet people smarter than you and people dumber than you. Even those you think are dumber than you are always going to be better than you at something. Just because you got into a college that someone else didn’t doesn’t make you smarter than them. All it means is that both of your names fell into the black hat of mystery and for some reason one of you got a stamp of approval.

At the end of the day, no one cares where you go to college but you (and maybe whoever is footing the bill). You will talk to people from Chatham in a year’s time and realize that absolutely no one cares about where your college is ranked on whatever ranking you cared about a year ago. All people will talk about is the classes they hate, the mistakes they made, and the people they’ve met. These stories will sound just about the same regardless of who you talk to because, as it turns out, we’re all still people, and we’re all pretty boring.

So just try to relax even when every part of you wants to stress. Enjoy the fact that, as a senior, virtually none of what you do now will impact which colleges accept you. You will end up going to college and see for yourself that you are the same person you were before you left. And there’s nothing wrong with that. This is the last year you have to spend the majority of your time with people you’ve known for possibly over a decade. Enjoy it.

I wish you all the best of luck.