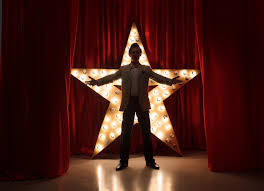 Theatre does not go well with a pandemic. Acting and singing in front of an audience is not exactly ideal when it comes to containing the spread of a virus. As a result, CHS Theatre had to make a lot of adjustments this year. Despite these challenges, their most recent endeavor, The Laramie Project, was a huge success. Pre-recorded and streamed in early December, the socially distanced production was especially exciting to watch due to the new strategy of filming it like a movie.

After the fall play closes, the students always move on to preparing for the STANJ Governor’s Awards Competition. They excitedly wait all year and spend the entire winter break preparing, until finally the day arrives in early January. “It is something that I look forward to throughout the year,” states three-time participant Dash Green, “it’s honestly one of the best days of my life.” Last year, on January 11th, the students all piled into a bus and headed for Montclair State University, where the competition took place. Once they arrive at the university, they head into the auditorium for the introduction ceremony. Clearly, this year, it would be impossible for hundreds of students from across the state to all crowd into the same auditorium. But the competition was still able to go on… virtually.

This year, the Governor’s Awards Competition took place entirely in an online format. Students were asked to submit videos of their monologues, scenes, and songs, and the auditors would review their submissions.

The virtual format of the competition had its ups and downs, but one major aspect of the in-person experience was missing this year: the atmosphere. Dash describes the typical atmosphere as “electric due to the amount of energy, excitement, and nervousness that everyone is filled with. The feeling is indescribable, and it makes theater so special.” Junior Roma Welsh adds that, “It’s a fast paced and exciting day, with everyone running around to perform in their respective categories.” In the past, students have been cautioned against competing in more than 3 categories. The larger number of categories, the more racing around to different buildings in an attempt to make it in time. This year, the maximum amount of categories allowed was much less significant.

Another aspect that was lacking was the chance to be around theater students from a number of high schools across New Jersey and watch their performances.. Ava Chrusciel says that she “definitely missed the experience of being surrounded by similar theatre peoples”. “That was part of what made the competition so unique for me,” she adds, “You never knew who you are going to end up watching, so it becomes this day of hodgepodge performing arts.”

There was, however, a significant positive that came out of the virtual format: the opportunity to re-tape if necessary. “Even though the adrenaline of running around to each category is something I miss,” Roma says, “I really appreciated the video audition format this year since it gave all of us the opportunity to submit our best work! It helped us to have pride and confidence in our performances as well”.

Chatham High School did the best they’ve ever done in the preliminary round of Governor’s Awards, and more Chatham students placed in finals than those from any other competing school. “We had excellent participation this year and did very well,” says Mrs. Russo, “I’m proud of how well we did!” Those who made it into the final round of the competition eagerly await the results, which will be announced at the awards ceremony on January 22nd. Then, they move on to the next major event: the CHS Spring musical.

The students were quick to adapt to this year’s new format for the productions and competition, as they were excited to still have the opportunity to participate in the play and compete. Mrs. Russo states that she was “surprised by how easily everyone adapted to the new format for both the fall play and the competition.  It was like no one skipped a beat, and being together as a theatre community was wonderful.” Dash, similarly, says that he “still loved doing it this year, regardless of the fact that it was online” and that he is “so happy that everyone still got to compete and perform this year,” as he knows “it is something that [he] will always remember!”