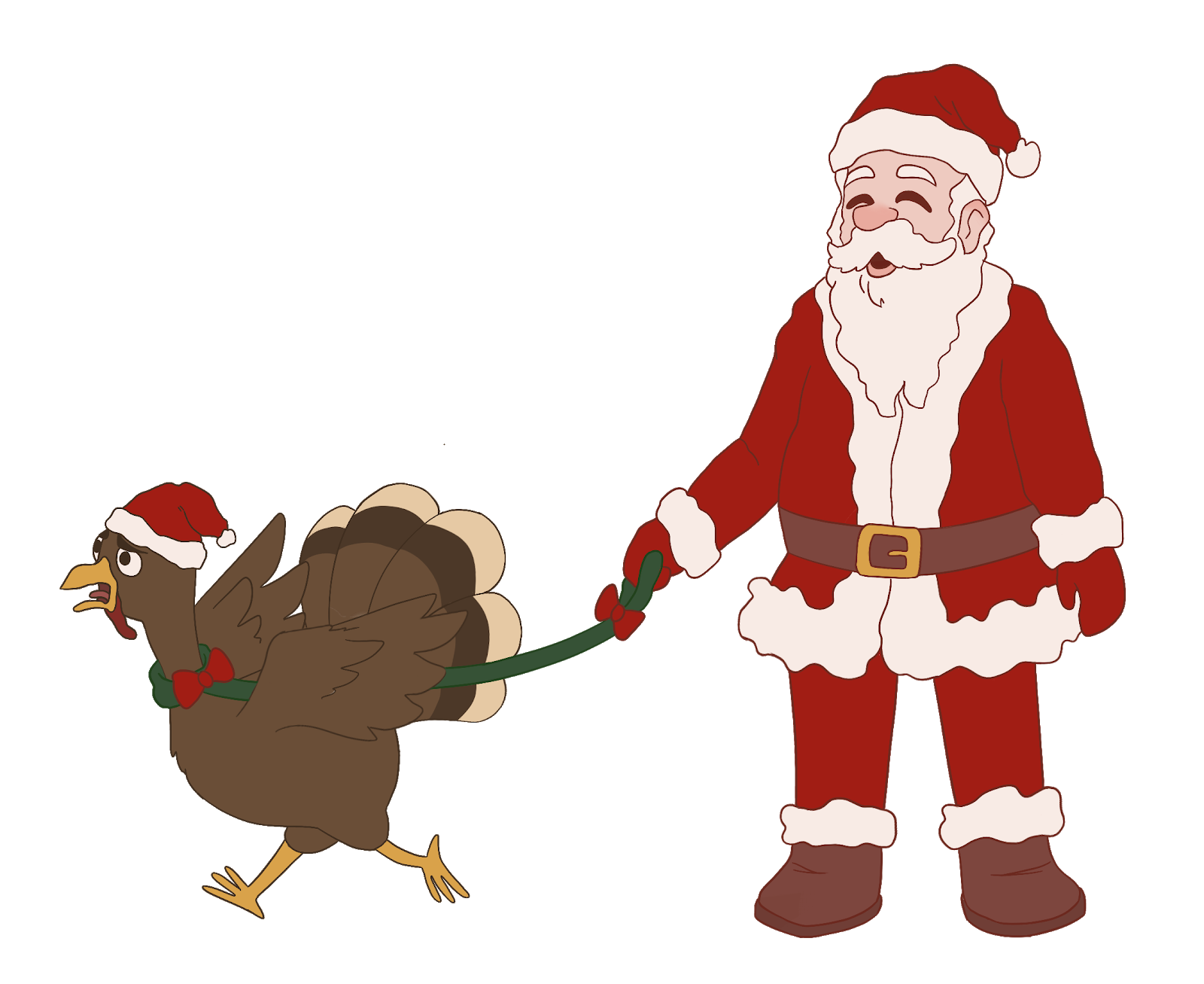 As we swap out cornucopias for evergreen wreaths and cranberry sauce for figgy pudding, it is important to assess what Thanksgiving means to us. For many students at Chatham High School, it is food, sales, the Christmas spirit, and most importantly, relief from the woes of school life all rolled into one long weekend. Surveys show an overwhelming seventy-six percent of the student population most looked forward to Thanksgiving because it meant four days sans work. Eighty-eight percent of students admitted that they enjoyed Thanksgiving more so because of the anticipation of Christmas than because of the feasting day itself.

It seems that slowly but surely, the Christmas season is approaching earlier each year, although stealthily enough that we do not realize it, caught up in the holiday rush. This year, WLTW (106.7 Lite FM), New York’s self-proclaimed “home for the holidays,” began playing Christmas music on November 13, whereas just a year ago, its streaming of holiday tunes commenced on the fifteenth. At the Mall at Short Hills, a weekend hotspot for Chatham students, Christmas preparations were underway even before Halloween. It seems, however, that Thanksgiving always bears the brunt of the Christmas frenzy whereas Halloween remains for the most part unaffected. Even in school activities, the advancement of Christmas is evident. The Chatham Jaycees called upon members of the CHS Kiwanis Club to set up their Christmas tree lot as early as November 8.

It is unclear what exactly is so negative about celebrating Christmas “too early” or enjoying Thanksgiving for food, rest, thrift, or excitement rather than celebrating it as a day of gratitude. Despite its deeply controversial roots, Americans have managed to gloss over the gruesome nature of the fallout after the First Thanksgiving, spreading misconceptions about Pilgrim-Wampanoag interactions and rebranding the holiday as a celebration of big meals, big balloons, and big sales. Compared to such a stunt, redefining Thanksgiving as Black Friday or Christmas can hardly do much harm. As for what to do about the Thanksgiving myth, some students proposed dedicating a different day to the people from whom we stole this land, leaving Thanksgiving as a day of repose.

As times change, so do traditions. It is customary to give thanks on the last Thursday of November, but whether you prefer a conventional or unorthodox celebration, you can rest assured knowing this: whatever we may lack in gratitude this Thanksgiving, our stomachs and wallets more than make up for.