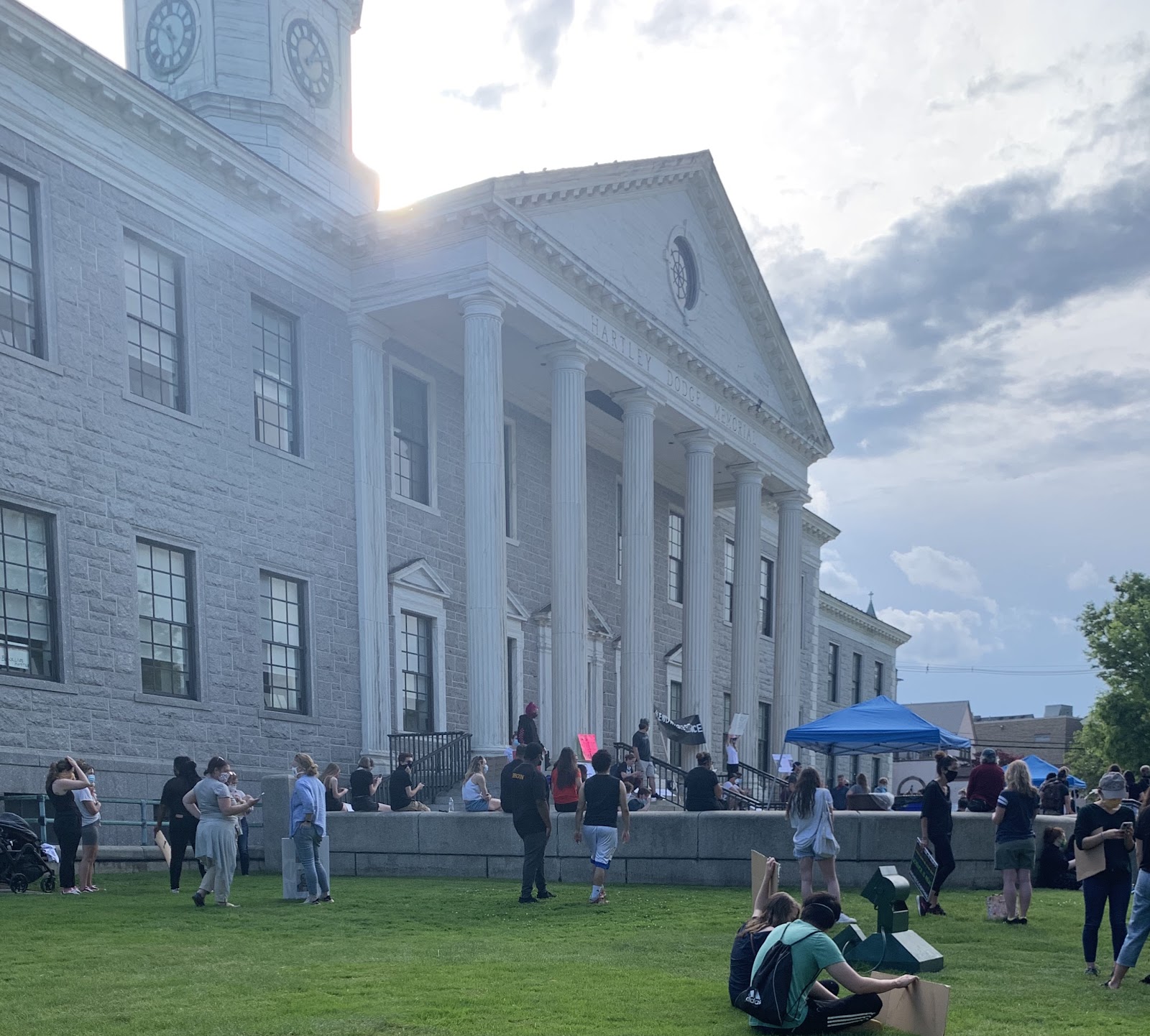 Being a student, or any member of society for that matter, is confusing, emotional, and intense right now to say the least. After being cooped up in our houses for months, we have been exposed to, in rapid succession, the horrific view of the murders of Ahmaud Arbery, George Flyod, and Breonna Taylor, and the list goes on. As a student, there are key things to remember and keep in mind during this time so that you can voice your opinion, educate yourself, and be a part of the generation that will enact lasting change. Sometimes we might be too scared of saying something wrong to say anything at all, but every step is necessary and serves as a learning moment. There are many ways to be an ally and an advocate and each way is integral to the larger movement.

Social media has been a prominent catalyst for change, education, and action. However, the pressures that accompany it can be overwhelming. As the generation most enthralled in and adept at social media, the presence of social media in our lives can seem incessant. Some problematic ideas have arisen, including the notion that if you aren’t posting, you are a racist. This is a dangerous idea that we should avoid while talking to each other because it isn’t a constructive way to foster positive change.

Instead, if you notice a friend has been very silent or uncomfortable during this time, reach out in a kind and compassionate way by asking something along the lines of “how are you feeling about all of this?”, or alternatively, send them some resources that explain the severity of the crisis at hand, ways to begin to get involved, and feature a variety of perspectives. It is important that in this time we are opening conversations rather than closing them off. It’s okay to take a step back from social media as long as you aren’t taking your foot off the gas. Some people may need more time or a more private way to confront these issues, and we should respect that.

Education is a key component to addressing and ultimately solving the larger, complicated issue of systemic racism. If you are, like myself, not black, you probably don’t know what it feels like to experience the systemic oppression that black people face in this country. Admit that lack of knowledge, understand your biases, and strive to learn. I have been ardently trying to educate myself and understand my perspective. In order to be able to advocate and be an ally, we first need to take upon ourselves the mission of a comprehensive education. Expose yourself to a variety of perspectives, officials, issues, and mediums. Whenever you want to educate yourself on any issue, it is vital to vet your sources; with the issue of racism, it is important to hear from experts like professors and scholars and black voices, especially if you aren’t exposed to them in your daily life. A particularly enlightening documentary that can be found on Netflix is called 13th, and it explores the history behind the US prison boom. Former CHS student Alexis Williams has assembled her own educational resource found here. Even though social media can be overwhelming, one of the most incredible positives is that it can connect you to so many different resources and perspectives. In fact, many celebrities are handing their social media platforms over to black speakers to expose their audiences to new views.

Also, the news cycle is filled with information and discussion right now, so exploring traditional news sources is another great tool. Be careful with the news media though, because they are driven by a profit motive, and every source has an inherent bias. The best way to detect these biases and really get the full scoop is to make sure to expose yourself to many different media providers. Let’s not forget that even in a digital world, there is a whole world of knowledge to be unlocked in books. It is a privilege to learn about these issues rather than experience them, so acknowledging that fact and letting it inspire you to learn more and be better is a mission we must undertake.

The issue of national, systemic racism can seem huge and daunting, but local communities are a key, manageable level for change. For 3 days, the CHS social studies department created virtual forums for students and teachers to openly discuss their thoughts, questions, and views on a wide array of issues from the historical foundations of racism to the utilization of military force. I attended these sessions and found it so enlightening to see the wide range of perspectives represented in even just a 30 person Google Meet of people I already knew. While these sessions have passed, there will be many other virtual forums in this time of social isolation. In fact, Chatham is planning a virtual town hall with elected officials and the police on the topic of police accountability, although the date has not been officially announced. Make your voice heard or just sit and listen to the perspectives of your own community members.

Moreover, protests, vigils, and marches are being held all over. I attended the End White Silence vigil in Madison, NJ and found it to be very powerful and certainly extremely peaceful and safe. A complete list of NJ protests, vigils, and marches was assembled by former CHS student Julia Ekert and can be found here. Because coronavirus is still a major pressing issue, make sure to wear a mask and stay socially distant if you do attend an event (you can even stay in your car at many).

Most importantly, if you are reading this, it probably means that you are a student. That means that in the near future you will be able to vote. No matter what your views may be, make them heard with your vote! Young, new voters have tragically low turnouts at the polls, so be the generation that ends that cycle. Voting is a right, privilege, and duty, so don’t let it lay dormant.