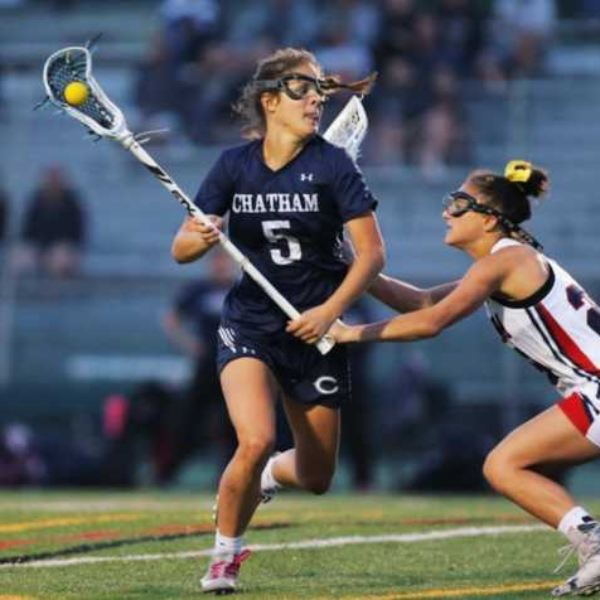 Stress is inevitable in high school. The college hype is crazy. I’ve even witnessed freshman worrying about getting a B on their English quiz because it “won’t get them into college!” I know so many people who are incredibly envious of those who commit to college for a sport. I will admit, even I used to get a little frustrated when I heard that people in my grade began committing! However, is the process as lax as people think it is? What really happens when students commit to colleges? I sat down with Sophie Straka, a junior who recently committed to Yale, to find out.

Sophie committed to Yale for lacrosse a few weeks after her junior year commenced. I asked her what the process was like, and I was shocked when she said that it started in eighth grade. She explained that coaches at colleges that recruit players began recruiting players at younger and younger ages, and it became so excessive that a rule against it had to be established. Now, coaches cannot reach out to students for recruitment purposes until September 1st of the year they are becoming a junior. Sophie laughed as she told me that at exactly midnight on September 1st she received a plethora of emails from recruiters already! Prior to that date, there would be a lot of coaches at games and a lot of college camps that Sophie and her teammates would attend, so the pressure to perform to the best of their ability was still present. On that September 1st recruitment commencing date, everyone was worrying about who would receive emails from what schools or who wouldn’t get any emails at all.

Sophie started explaining how she toured many schools and how a portion of them offered her admission on the spot, but she didn’t actually accept Yale’s on-the-spot offer until three weeks after she got it! She reminisced the moment she decided to commit to Yale; she went home early one day and was sitting on her bed, staring into the wall with her mom also present in the room, and that is when she decided to go ahead and commit. Yale was actually the first school that Sophie toured with a recruitment-driven view, and she wanted to keep her options open. However, since many other schools also offered her admission, she had to make a decision. Talk about stressful.

So, why Yale? While Sophie does not know what she wants to pursue in terms of academics yet, she is definitely leaning towards something more math and science oriented. Yale is the perfect option! A smart student such as herself who is also a star lacrosse player is going to thrive in a community such as Yale’s.

Now that Sophie is already committed, a little stress is alleviated, but the pressure of junior year still gets to her. The coaches at Yale are continuously updated on her grades and academic performance, so it’s not like she doesn’t have to try in any of her courses. Senioritis doesn’t hit that early! But many juniors who are already committed do not have to worry about standardized testing anymore. Many students who are likely to be recruited during their junior year take the SAT or ACT the summer after their sophomore year so that they can present their scores when needed and applicable. That’s definitely a benefit, but props to them for studying that early and getting it done!

All in all, while committing to a school during your junior year is an extremely complicated process, it seems pretty worth it. The hard work that these students go through to get into a school is insane and should not go unnoticed. So the next time you hear a junior has committed for sports, attend their next game and cheer them on; see how their hard work paid off!